With Six You Get Eggroll 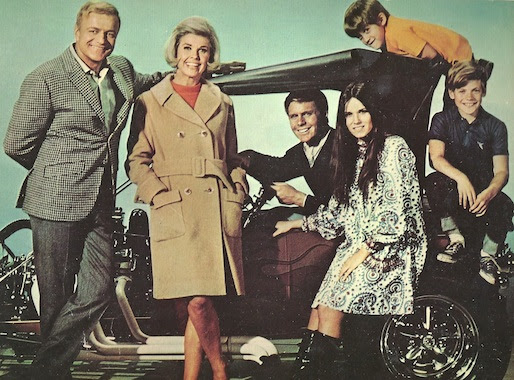 It's been quite a day so far, some of it personal.  Who can I tell but still keep it private?  I know, I'll put it on my blog.  NO ONE reads that.

Yesterday was Kirby's 44th birthday.  She's now as old as I was when we met.  And I'm as old as her parents when we met.  Like that Twilight Zone Episode where she sees herself on a horse in the future... then in the past... okay, it's not exactly like that.  Last night, to celebrate, we went to MexiKosher and a leisurely showing of Django Unchained.

And today was Kirby's scheduled heart surgery.  Procedure.  Surgery makes it sound dire.  But procedure makes it sound like a band-aid.  Probably closer to band-aid - I'll let you pulmonary experts to hash it out.  She has Supraventricular Tachycardia (SVT), which is a kind of heart arrhythmia.  Annoying, not life-threatening.  She was scheduled for a catheter ablation this morning.  Basically, they zap the offending cellular structures in the ventricle from the inside.  Like a sci-fi movie.

I'm kicking it in the waiting room for a few hours when Kirby calls me on the cell.  "The nurse is going to come get you."  "I'm supposed to be at Amalia's for lunch, should I go there?" "No, come in here."

I hate bad news.  So much.  It doesn't get better since I've gotten older, in fact worse.  I start to make my way through the wide doors and I'm thinking, "I don't know how bad it is, but until I make it through the final door, it hasn't happened yet."  That barrier is soon behind me.  Kirby is sitting in a hospital bed.

"They've canceled the surgery."
"Why?"
"Because I'm six weeks pregnant."

I know, I buried the lead.

The first thing that I did was laugh.  Heartily.  I am aware that, with the mother of your children, there is a first response that you can never take back.  "Oh, shit," is a toughie.  Fortunately, laughing was my honest reaction. Relief, that nothing was wrong.  Funny because it was ludicrous (I'm soon to be 55).  Because it was inconvenient - she finally scheduled the procedure.  Funny because it's fantastic;  I should be caring for my grandchildren.

There's three things - and only three things - that pass through the mind of an expectant father, particularly an older one:  1) Oh Lord, how will we afford it? 2) What am I going to do if it's not 100% healthy, and 3) aren't they going to be mad at me when they realize how freaking old I am?  After that, omigosh, we might have another baby!  There's going to be another person introduced into the world that I'm going to be crazy about and I haven't even met them yet. 4) What if our streak of nice kids has run out at 2 and the 3rd one is some kind of problem child?  I'm not looking forward to sleepless nights, diapers, etc. but that part passes pretty quickly.  But an asshole is for life.  5) If the new kid turns out perfectly normal, he/she will graduate high school when I'm 73.  All of this is my way of explaining that I'm pretty ramped up right now.  I'm feeling a little panicky.  And my head hurts.  I'm as glad as I can feel under the circumstances.

And here's the other part - everyone was waiting to hear about Kirby's surgery.  I told people it was canceled.  Why was it canceled?  Complications, I say.  Ooh, what kind of complications?  Complicated ones.  Fact is, neither of us is great at not telling things.  I mean, you definitely don't want to be blabbing to the world that you're only 6 weeks pregnant.  So you're the only one I'm telling.

But I know two people who are going to be very excited:  Amalia and Orly.  Like over the moon.

Popular posts from this blog

Order in the Court, the Judge is eating beans...

I WANT to go to jury duty.  I don't understand why everyone tries to get off.  I would LOVE to be in a jury room and see what happens for real.

I think it probably won't happen unless I learn to keep my yap shut.  Two times in two years, I was the first potential juror bounced from a case.

I work for a law firm and that guarantees me that I'm going to get a special little interview.  This case today was about one lawyer suing another lawyer.  It gets better.  The plaintiff (a short, Napoleanish type guy) went to arbitration on a matter.  When he lost that case, he turned around and sued his lawyer (plaintiff)  for malpractice.  The most amazing thing to me is that he found someone who would still be willing to represent him.

After a uninteresting exchange the attorney said, "do you have any thoughts about this case that may be relevant?"  I did.  And that little voice in my head is saying, "don't say it!"  I said it.

- March 28, 2019
I filed for divorce yesterday. Let's skip the emotionsl upheaval part for now. It took me months to figure out how to DIY it. I just refused to spend another penny on this divorce than I needed to.Mostly I was challenged by something I read: 99% of people who file their own divorces have their paperwork returned to them because of mistakes.   Challenge accepted.I was told to correct 2 minor things. So which category did I fall in?Part of why I'm angry to get divorced is I HATE breaking up. At least getting married was going to assure me that if never have to do this again.Legal sucks.
Read more

I hate grieving. I'm bad at it.  I have that voice in my head that says, "you're STILL upset about THAT?  Hasn't it been like over two weeks?  I think you're just wallowing in it."

The thing about grief that I hate - is you can tear off like the next 3 to 6 months - or longer - of the calendar and just know you're going to feel crappy during that time.

If you just read how I felt yesterday, cut and paste it into today.
Read more