Showing posts from December, 2013
Show all

The good news: I didn't ruin the party... 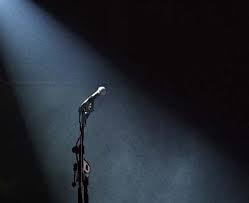 There were some pictures posted online from last night's NY Improv 50th Anniversary party.  I wasn't in any of them.  No, I wasn't being elusive, I wasn't invited.  Ouch.  I would like to think that someone had it in for me or some axe to grind, I fear that wasn't the case.  More likely scenario:  it was word of mouth and no one thought to tell me.  Part of my Invisibilization.  Not since I was frosted for the TEEN WOLF reunion have I felt so marginalized, but more on that later.  I don't do stand-up any more but then neither do most of the people I saw in the pictures.  But I guess I don't talk to anyone as much as I think I do.  Being religious can be isolating, that's without taking into account the raising of a family and having a job and all the time that they all take up.  I'm just sad about it, certainly some of my best times come from hanging out at the Improv (NY, LA not so much) and I dearly love a lot of the folks who were there last nigh…
Post a Comment
Read more
More posts